Marcello Guido was born in Acri (Cosenza) in 1953, he studied architecture at the University “La Sapienza” of Rome where he graduated with Bruno Zevi in 1977. During his university studies he learns the theories of the Modern Movement and Expressionism themes in architecture. He joins in numerous national and international competition. Winner  of the international competition “Landscape and zero degree of architectural language” (1997, Modena, Italy). Winner of the special international award “Dedalo Minosse” for architecture (2002, Vicenza, Italy). During the month of May 2002 he was invited to exhibit at the Tokyo Design Center and Kobe city Museum for the exhibition on the Italian architecture “From Futurism to the possible future.” During the month of February 2003 he was nominated at Milan Triennale for the Gold Medal for Architecture in Italy. He is invited to attend the XVI BAQ Bienal Panamericana de Arquitectura de Quito, Ecuador, 2008, and in 2009 is invited to Universidad San Carlos de Guatemala to lectures and workshop. He is the president of Calabria section of the National Institute of Architecture. 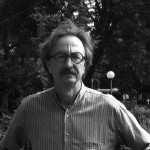 -Interview  at this link